What to eat in Central America?

Central America has a lot to offer. Do you dream of forgetting the world on paradisiacal beaches? Fact. Do you want an adrenaline rush, canyoning and surfing rapids? No problem. Is your biggest idol Indiana Jones? We have Mayan ruins to bore.

A mix of pleasure in Costa Rica

Are you a sybarite addicted to exotic flavors?

Unfortunately for the "foodies", gastronomy is not counted among the greatest attractions of the region. Central American cuisine is characterized by simplicity and bare ingredients , without the aromatic complexity of that gustatory champion that is its northern neighbor, Mexico . Ask any fan of Central America what to eat in Costa Rica or Panama, and probably answer, laconically, that rice with beans: the famous gallo pinto, base and culinary center from breakfast to dinner..

“The Central American gastronomy is characterized by the fusion of three great cultures, its geographical location, and very diverse topography and climate, which are the sources of a great variety and availability of ingredients.”

However, the bad reputation is not fully deserved. The curious foodie will find variations and typical dishes in each of the countries, from spongy tortillas stuffed with cheese and meat to steaming chicken and cabbage stews.

Do not let your trip to Central America become a daily visit to the yellow "M" (although if you decide to follow that route, it will not cost you to find it) and take an amazing gastronomic tour from Guatemala to Panama , optional gallo pinto..

Let's start with the basics: the wheat tortilla , foundation and accompaniment by antonomasia of Central American cuisine. This great sufferer lends itself to being fried, bent, inflated and other contortions, to the taste of each national fire.

In Nicaragua , they fill it with mozzarella and onion in their famous quesillos ; in El Salvador , they inflate pork and beans with pork rinds to turn them into adored pupusas.

Do you want more options? The Hondurans bend them in the style of the Mexican quesadillas , stuffing them with avocado, cheese, bananas and meat, to make their baleadas ; the Belizeans anoint them with beans and vinegar , and refrigate them to turn them into Grenache .

In a matter of tortillas, the sky is the limit.

Another element that neither Central American chefs nor mothers forgive in any dish is the male banana . Do not be fooled by its appearance: they are not fruits, but tubers, and their flavor is much less sweet than that of their doppelgänger, the banana ... although there are few possibilities for you to try male plantain in its natural state. 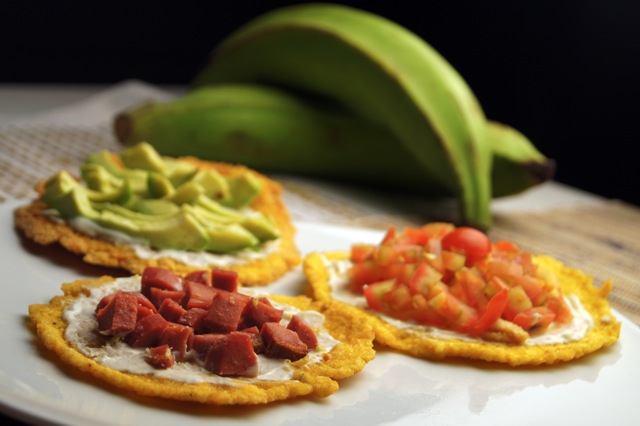 In Panama , they will serve them in mashed balls turned around in the pan : the patacones , as simple as they

are unforgettable. From Costa Rica to the north, the quintessential accompaniment of Central American cuisine is served as tostones , thin slices with a crunch that the fried potatoes would like for you.

Ready to travel to the past? Your smell does not deceive you. That steaming dish that comes from the kitchen smells suspiciously like your grandmother's on Sundays, and not without reason. The stews, powerful and comforting, are one of the main axes of Central American cuisine.

The ingredients, fresh and not disguised, coincide in almost all countries: potatoes, onions, tomatoes and some type of protein, from chicken to shrimp, are served in a homemade broth that will make you miss on Sundays as a family.

Do not be scared if you have a sudden flashback when you try the sancocho in Panama , the old Indian in Nicaragua or the pulique in Guatemala : the traditional Central American stew is hidden under many names.

TO THE DULCE NOTE

If there is something that unites the Central American palates, it is their taste for the sweet: the dessert can not be missing in any of the meals.

The pastel tres leches , a cake based on condensed milk and cream, has multiple nationalities and you will find it on menus from Nicaragua to Guatemala.

In Belize, the coconut is king ; Do not miss it combined with plantain (the fruit, not the tuber) in its famous banana cake. Coffee fan? Go to El Salvador and ask for a semita, a coffee cake with guava jam in which you will think for weeks after your trip.

With desire of something more familiar? Rice pudding and flan , our first cousins, are appreciated throughout the continent.

One warning: Central Americans are recognized sweet tooth, and their desserts reflect it. Do not feel bad if you can not finish your piece of cake three milks; It happens in the best families (not Central American).

An Overview of Belizean Cuisine and Food Culture